Archive for the Symbols Category 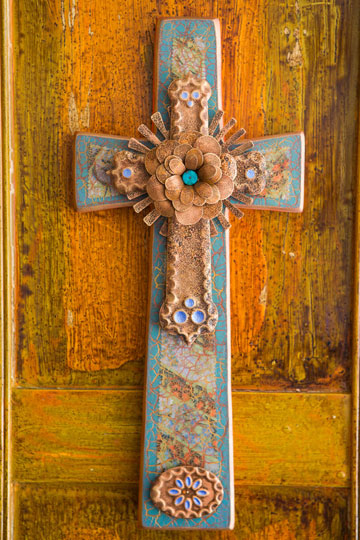 For over twenty years our Teresa del Rito business has been creating crosses. Over those years I have read, as well as thought, a great deal about the symbolic meaning of the cross. The basic shape of the cross has been around since prehistoric times and can be found in almost every culture. Because of the intersection of its two lines this symbol has deep levels of collective psychological significance. As all symbols do, it points at something difficult to grasp intellectually. The cross, this intersection of lines, can trigger deep, unconscious levels of knowing, about transcendence, about opposites such as spirit and matter, about immortality, even about the cosmic axis. Even though it is a popular and widely known symbol, the cross is actually very mysterious. I find the cross as a symbol a subject worth contemplation, meditation and yes, worth blogging about.